Heat wave: on the frontline of climate change

In 2015, climate change is breaking records and taking lives. At the time of writing, the heat wave in India has caused over 2,300 deaths, bringing it close to being the country's most deadly. Temperatures of up to 47C have been recorded.

India's minister for earth sciences, Harsh Vardhan, said “Let us not fool ourselves that there is no connection between the unusual number of deaths from the ongoing heat wave and the certainty of another failed monsoon. It’s not just an unusually hot summer, it is climate change.”

The lethal impact of this heat wave shows that even in an area accustomed to high temperatures there are limits to what humans can cope with - limits which in a changing climate will be broken more often and more severely. This is most acute for the poorest - those whose livelihoods depend on physical labour outside.

On the other side of the world, Alaska has just recorded record-breaking temperatures of 30C at a time of year when it is usually frozen.

Average winter temperatures in Alaska have increased by 3.5C over the past 50 years. For residents, the changes are clear - from the annual husky race being shifted for miles because of lack of snow, coastal settlements needing relocation because melting sea ice has caused the shoreline to erode, and tribal people watch their world and way of life melt away from under their feet. 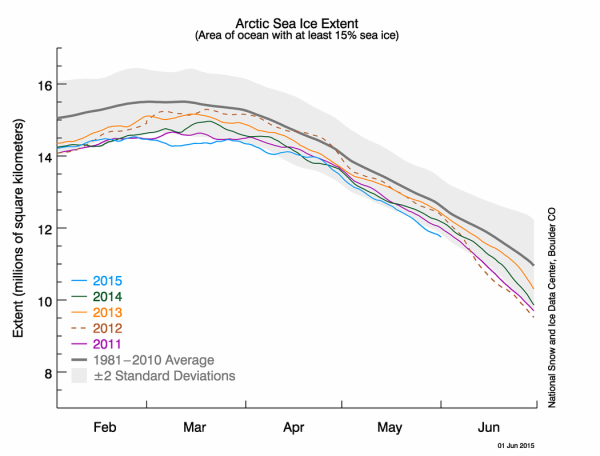 It's clear: climate change is here. Now what are we going to do about it?