With impeccable timing, a draft of the IPCC’s next report has been leaked just before Budget Day. The report warns of the floods, malnutrition, conflict and economic devastation that can be expected with our current weak response to climate change.  A report that should focus the attention of any politician on how we can avoid these frightening predictions. 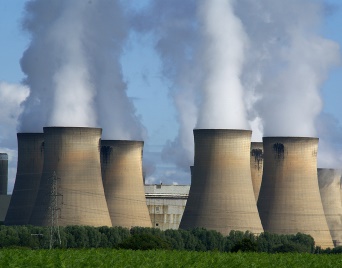 Not George Osborne, however. Our Chancellor today announced that the UK’s carbon price floor will be frozen, allowing coal plants – the most carbon polluting fuel – to keep running for longer. Yet again, the Treasury is prepared to jeopardise climate goals and undermine clean energy.

Just three months ago the government assured Parliament that a cap on emissions from coal plants was unnecessary, since coal would quickly become uneconomic. This measure was forced out of the Energy Bill, along with a crucial target to decarbonise electricity generation by 2030, which was widely supported by business and civil society. We, and many MPs and Lords, will now be asking how the government can justify giving these false assurances.

Driven by short-term politics, this government is failing to provide any certainty about our energy direction and climate commitments. It is also failing consumers. As the government sways back and forward on clean energy, investors delay, and consumer bills are driven up by this uncertainty.

A draft of the latest report from the Intergovernmental Panel on Climate Change says that emissions of carbon dioxide and the other greenhouse gases warming the planet grew twice as fast in the first decade of the 21st century as they did during the previous three decades. Much of that rise was due to the burning of coal, and much of that coal was used to power factories in China and other rising economies that produce goods for US and European consumers. The Guardian reports on this here, but the most striking thing about this is that it shouldn't be news: we know all about our 'consumption emissions' but sweep them under the carpet, preferring to focus on the fossil fuels we actually burn in this country. The 'Carbon Omissions' animation, created last year by PIRC, sets it out neatly:

The latest IPCC report makes the choice that humanity faces yet more stark, both the clarity of the evidence and the urgency to take action. Yet those who have a vested interest in fossil fuel consumption continue to spread doubt and confusion. Here are some of the myths they propagate:

The latest number put on scientists' certainty is 95%. What does 95% certain mean? That they are about as sure as that cigarette smoking causes cancer. And this is a good analogy for more than one reason. The tobacco industry and its paid lobbyists fought desperately to deny this science when it first emerged. Smoking is also a good example of how humans can be very very bad at taking sensible decisions and weighing up risk. But when it comes to cutting carbon emissions, it's not just our own health and wellbeing we're risking, it's all future generations. It really is time to act. 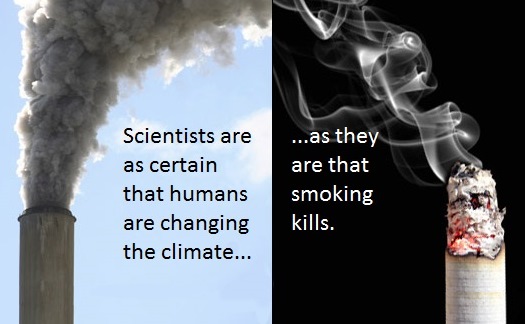