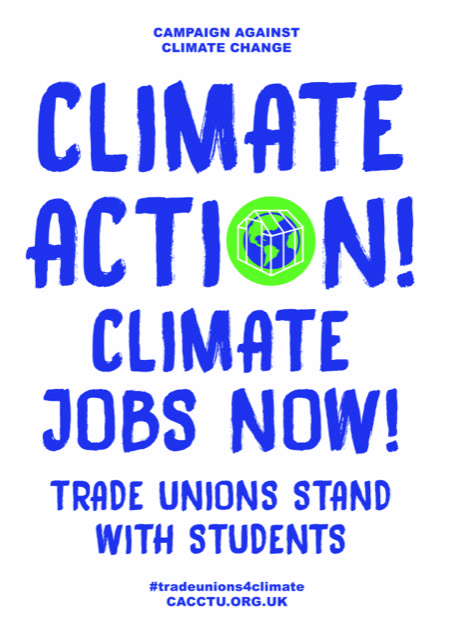 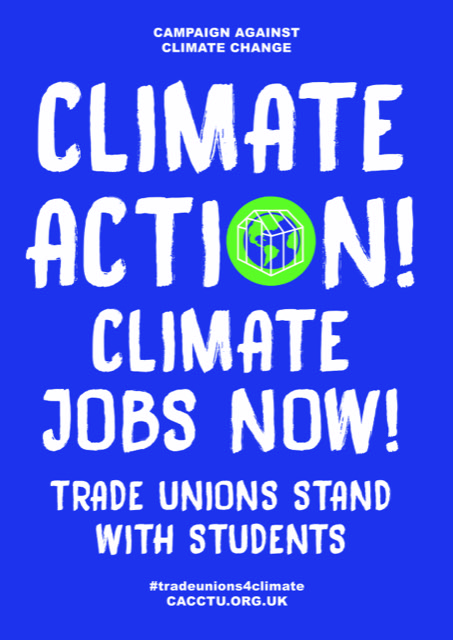 The last few months and weeks have been amazing. The global movement of school climate strikes and the inspiring actions of Extinction Rebellion have shifted the debate on climate change injecting a new urgency.

The first success of this growing movement has been to force the UK parliament to declare a Climate Emergency. Now we need the action to match the words.

Let’s start by building solidarity with the school climate strike on May 24th. Can you...

Let’s mobilise across the whole of the trade union movement- to put a million climate jobs and a national climate service to deliver a Green New Deal at the heart of the urgent action we need to tackle the climate emergency.

Pictures to download for A3 signs (white background / blue background)